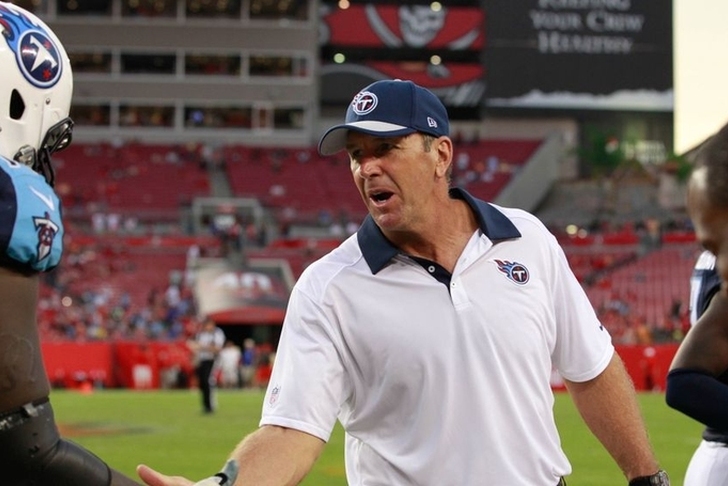 With the NFL regular season over, several teams that missed the playoffs are surrounded by rumors. One of those teams is the 3-13 Tennessee Titans. The team fired head coach Ken Whisenhunt mid-way through this season. The Titans are in the process of searching for Whisenhunt's replacement, which means there are plenty of rumors floating around.

Here are the latest rumors surrounding the Titans' search for a new head coach.

Teams Confused Over Titans And Mularkey
The Titans are reportedly leaning toward making interim head coach Mike Mularkey the permanent head coach. That's surprising, given Mularkey's 18-39 career record as a head coach. The Titans were just 2-7 under Mularkey. The interest in Mularkey has other NFL teams confused.

Pro Football Talk reports that one source says it says a message that “We’re for sale, or we don’t care.” The Titans are an intriguing destination, with a young franchise QB and the first overall draft pick this year. Surely, the Titans could do better than Mularkey.

Titans Will Consult With Mariota
With Mariota established as the future in Tennessee, it's not surprising that the team would decide to talk with Mariota in the process of finding their next head coach.

"I think it would be a good idea for him to know who we have, sort of, narrowed the search to when we get to that point, yes,'' Titans president Steve Underwood told Titansonline.com. "Like with anything else, I think we would at least like for him to know and have his view of those people. I think that would be important."

That doesn't mean Mariota will be making the call on the next head coach. It sounds more like making sure Mariota and the new coach get off on the right foot.