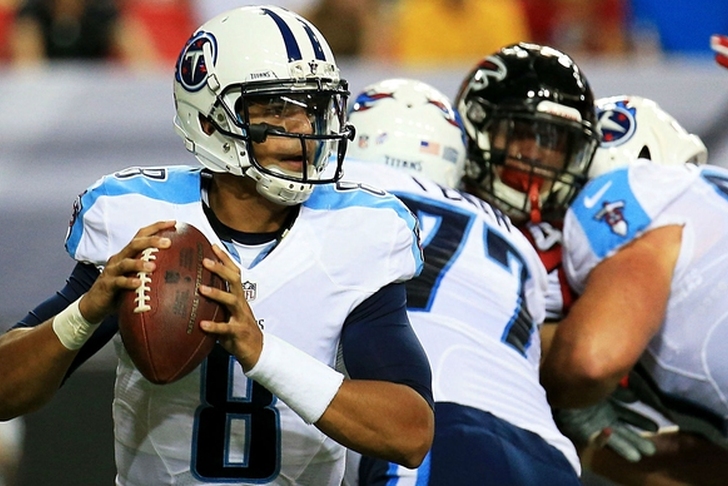 Friday brings good news for Tennessee Titans fans as starting quarterback Marcus Mariota will return from injury on Sunday against the New Orleans Saints. He missed the team's previous two games with a sprained MCL in his left knee.

Mariota suffered the injury on a hit by the Miami Dolphins' Olivier Vernon, who was assessed a penalty for roughing the passer.

"He's going to play," Titans interim coach Mike Mularkey said, via the New York Times. "I think each day he has gotten better. To be on the turf (for Friday's practice) here, which is the same turf he's going to be on Sunday, it was good to see him move around like he did."

Mariota will wear a brace to protect his knee, but Mularkey doesn't expect that to limit Mariota's escapability on Sunday.

"You can't simulate game speed, but that will show up on Sunday when the adrenaline gets flowing," Mularkey said.

The rookie quarterback will have to proceed on Sunday without wide receiver Kendall Wright. Wright is nursing a sprained MCL.