What we learned from Titans Week 13 win over Colts 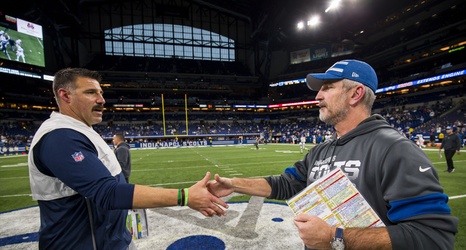 There were some important lessons we learned about the Tennessee Titans during their Week 13 win against the Indianapolis Colts.

Since 2012, the Colts had owned the Titans, and that was particularly the case at Lucas Oil Stadium. However, the demons were exorcised on Sunday and now the Titans are sitting in a great position to make the playoffs in 2019.

Let’s take a look at what we learned.

Lesson No. 1: Not the same old Titans

For awhile there, it looked like we were seeing the same old Titans against the Colts. In the first half alone, Tennessee continuously shot itself in the foot and did everything possible to hand Indianapolis a win on Sunday.