We should appreciate Marcus Mariota’s toughness now more than ever 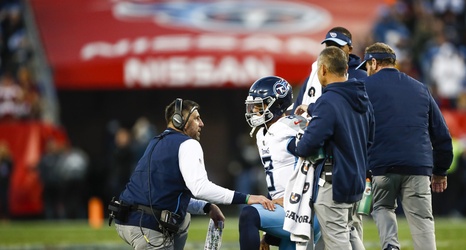 If Andrew Luck’s retirement shows us anything, it’s that NFL fans should have a new appreciation for players who deal with injuries, much like Tennessee Titans quarterback Marcus Mariota has.

Luck announced his retirement on Saturday night, which was a result of being mentally worn down due to dealing with injuries, and having to play through those injuries.

Luck has done so in the past, and was looking at another season of the same in 2019. He clearly wasn’t about to go through that again, thus he ended his career prematurely in order to avoid it.

It’s not like this was Luck’s first consideration for retirement, either.