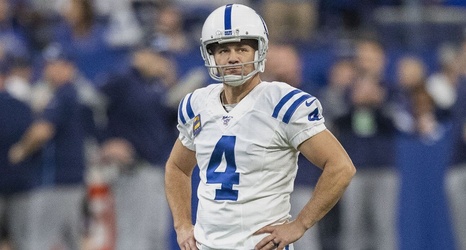 The Tennessee Titans' special teams unit came up huge in a crucial spot when Dane Cruikshank exploded into the backfield and blocked a field goal attempt by Adam Vinatieri. Tye Smith picked it up and returned it 63 yards for the touchdown.

Smith's scoop and score gave the Titans their first lead of the game, making the score 24-17. This was the second blocked field goal of Vinatieri on Sunday. Tennessee increased its lead to 31-17 shortly after on a 40-yard pass from Ryan Tannehill to Kalif Raymond following a Logan Ryan interception.