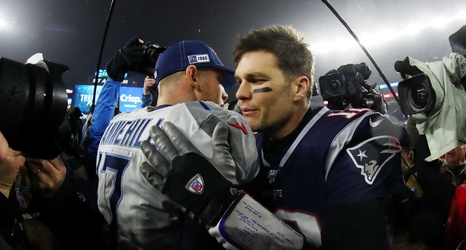 Perhaps his opinion has changed after what transpired during the 2019 campaign, but New England Patriots quarterback Tom Brady apparently wasn’t a big fan of the Tennessee Titans’ offensive system when the two teams held joint practices last August.

In fact, he reportedly thought the system run by offensive coordinator Arthur Smith was “laughable”.

According to Greg Bedard of the Boston Sports Journal, the Patriots believe their only real competition for Brady, who is set to hit the open market in March, is the Los Angeles Chargers.

While the Titans have been one of the teams being talked about as a possible destination for the future Hall of Fame quarterback, Bedard was told by Brady’s teammates that the veteran quarterback didn’t think he could be a fit in Tennessee’s offense.