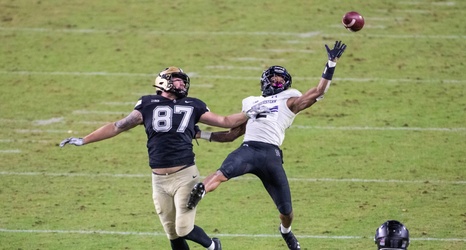 ESPN’s Todd McShay is back in action this morning, delivering his first two-round mock draft of the 2021 draft season. With free agency now beginning to dry up a bit, we can really hone in on what each team needs going into next month.

For the Titans, that top need has now shifted to the perimeter — on both the offensive and defensive side of the ball. In this mock, McShay attacked Tennessee’s secondary issues with their first two selections.

At pick No. 22, the Titans took cornerback Greg Newsome II.

Tennessee could use reinforcements along the offensive line, but to me, this pick is all about either a pass-catcher or a cornerback.