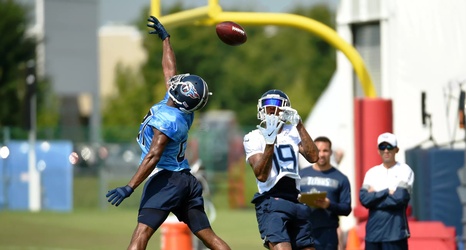 The Titans final practice before leaving for preseason game number one in Philadelphia featured a return to action for Marcus Mariota after he got a day off from team periods yesterday. This practice was closed to the public and I was not able to be there, but here are some notes rounded up from the excellent Titans media members who were on hand.