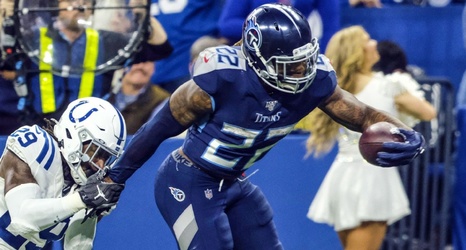 INDIANAPOLIS -- The Tennessee Titans pulled off another late-game triumph thanks to an outstanding performance against the Indianapolis Colts in a 31-17 win.

Fourth-quarter heroics by the special teams unit sealed the deal for Tennessee. Dane Cruikshank found a way to get into the backfield and block an Adam Vinatieri field goal that would have given the Colts a 20-17 lead. Tye Smith picked it up and returned it 63 yards for the touchdown to make the score 24-17 with 5:02 left.

Logan Ryan then intercepted Jacoby Brissett on the Colts' next possession.