Titans should capitalize on another Houston Texans mistake 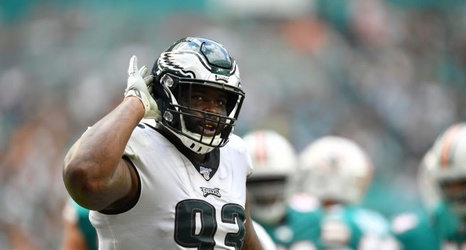 MIAMI, FLORIDA - DECEMBER 01: Timmy Jernigan #93 of the Philadelphia Eagles gestures to the crowd against the Miami Dolphins in the third quarter at Hard Rock Stadium on December 01, 2019 in Miami, Florida. (Photo by Mark Brown/Getty Images)

The free agent class just got some more talent on the defensive line and the Tennessee Titans should take a shot on Timmy Jernigan.

This all happened because last night it was reported from Jernigan himself that the Houston Texans weren’t going to sign him after nearly two months of a reported deal being in place.

The Texans have the money, they have the need, and a deal was discussed and presumably agreed upon, however for some reason the deal fell through and now Jernigan is “back” on the market.