Titans rumors: Front office and coaches were split on Mariota and Tannehill 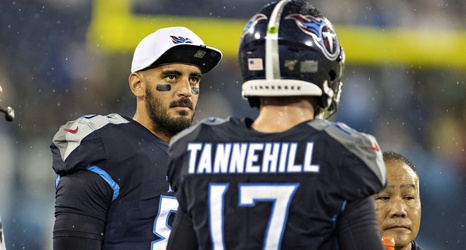 The Tennessee Titans made the switch from Marcus Mariota to Ryan Tannehill during the Week 6 game against the Denver Broncos, however a new rumor seems to suggest that the coaching staff wanted to make that move long before it actually happened.

Since Tannehill has taken over for the Titans, the team is 3-1 and Tannehill has orchestrated three game-winning drives in his four starts. It’s clear the move to Tannehill was the right one, and now the Titans’ season has been resurrected from the dead.

It also leaves us wondering what could have been if the Titans had decided to start Tannehill from Week 1 instead of giving Mariota the nod for the first six weeks.