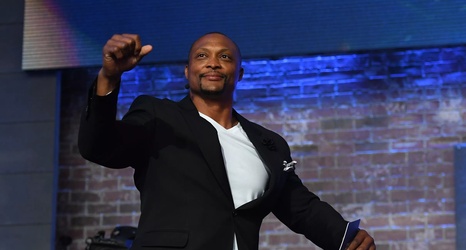 The Titans just revealed an epic list of former players that will serve as the 12th man for Sunday’s home opener divisional bout with the Colts.

As you probably already know, Sunday’s game will be especially special as the Titans will be retiring Steve McNair and Eddie George’s jerseys at halftime.