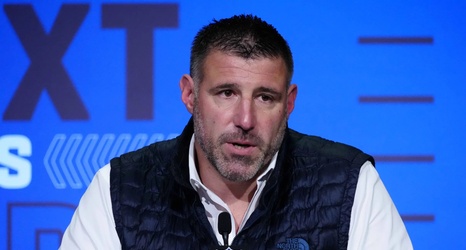 Tennessee Titans head coach met with members at the media during Monday’s annual NFL ownership meetings. Vrabel touched on a variety of intriguing topics, including the exciting acquisitions of wide receiver Robert Woods and tight end Austin Hooper. Vrabel was candid and informative. We’ve swiftly identified the most intriguing talking point that caused our ears to perk up.

Clarity on the offensive line?

This qualified as the most intriguing and notable nugget in my mind. Vrabel discussed the addition of versatile offensive linemen JaMarco Jones, who the Titans signed on the opening day of free agency.