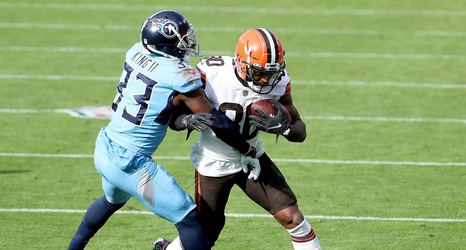 Over the next few weeks, we’ll be taking a closer look at the Titans’ free agent class. One by one, we’ll provide some basic details on the player before making an argument for both sides — why the Titans should, or shouldn’t re-sign that player. We’ll also offer our final verdict and a prediction to go along with it.

Why the Titans should keep King: The Titans traded for King on November 2nd after a horrendous start on defense, specifically at the cornerback position. With Adoree Jackson out injured, the team lacked depth at the position and players such as Johnathan Joseph and Chris Jackson really struggled as they were forced into more action than the team foresaw.