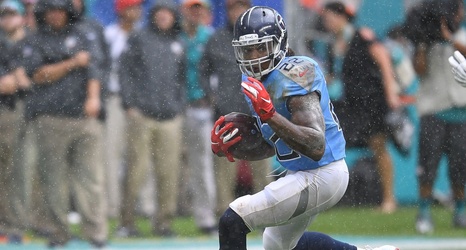 The biggest name we were keeping an eye on for when the Tennessee Titans released their final injury report of the week was running back Derrick Henry (hamstring). The Alabama product popped up on the injury report on Wednesday.

Well, after being limited on both Wednesday and Thursday, Henry was a full-go on Friday and carries no designation into the game against the Colts.

Here’s a look at the entire Titans injury report.

LeShaun Sims (ankle) is out Sunday, Derrick Henry (hamstring) is good to go.