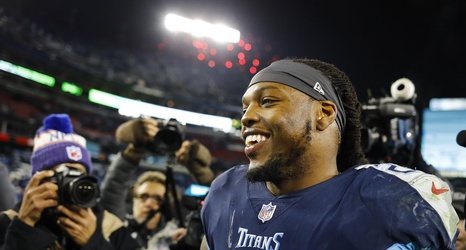 Tennessee Titans running back Derrick Henry received a great honor this week, as a welcome sign in his hometown now has his name on it.

Henry, who is from Yulee, Florida, was recognized for his great football achievements and his contributions off the field, and now anyone entering the city will know his name.

The sign was created thanks to some fundraising and sits on U.S. 17 and State Road 200, according to Alicia Booth and Mary Bear of News 4 Jax.

Fans, family and former coaches were on hand to unveil to sign, and Henry had this to say about it.