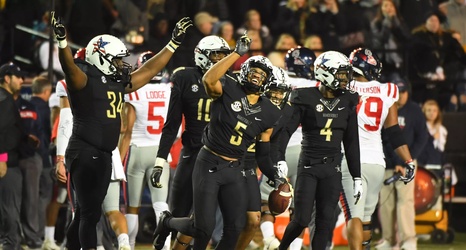 I originally interviewed LaDarius Wiley back in March as an NFL draft prospect by way of Vanderbilt. You could read that interview here.

I spoke to Wiley again during the start of mini-camp. You can read that interview here.

In my third interview with Wiley conducted just this morning, I spoke to him about how he’s impressed Mike Vrabel with his vocal leadership, how the work habits of Kevin Byard and Kenny Vaccaro are rubbing off on him, Tom Brady and more.