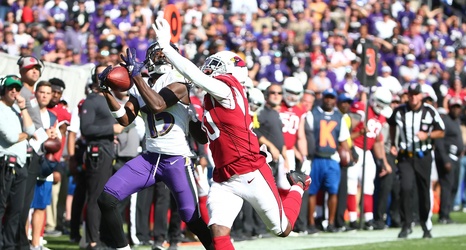 With Malcolm Butler out for the year with a broken wrist, LeShaun Sims nursing an ankle injury that kept him out of last week’s game against the Colts, and Adoree’ Jackson picking up a new injury that knocked him out of the game in Indianapolis, the Titans were in big need of some help at the cornerback position. They made a move to try and find some help today by claiming recently released Cardinals corner Tramaine Brock off waivers.