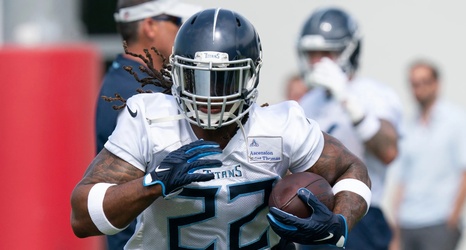 As we head into training camp at the end of July, we will be taking a look position by position at the state of the Tennessee Titans roster. We will look at guys that are sure to make the roster, guys that are on the bubble, and guys that are a long-shot in each group. This will have us ready to know what to watch for with each position as training camp opens.

Locks to make the roster: 2 - Henry and Haskins

On the bubble: 3 - Hilliard, Wilkins, Carter

Derrick Henry is the best running back in football.