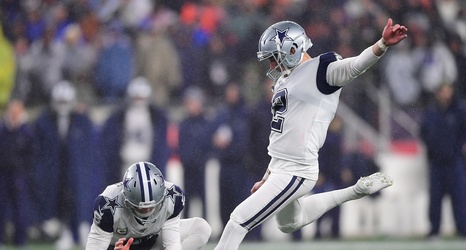 Given the struggles of Tennessee Titans kicker Ryan Succop this season, it doesn’t come as much of a surprise that the team is considering other options.

According to Terry McCormick of Titan Insider, the Titans worked out kickers this week, including former Dallas Cowboys kicker, Brett Maher, but ultimately decided not to sign one.

According to league sources, the Titans worked out other kickers this week, including recently cut Cowboys kicker Brett Maher, but elected not to sign one.

McCormick’s report also states that the Titans hope the issues with Succop “will solve itself over the final three games.