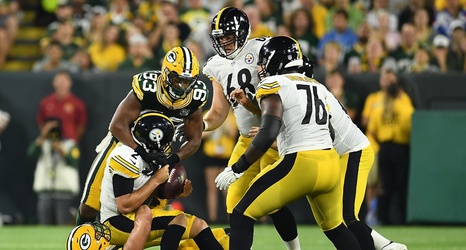 Tennessee Titans GM Jon Robinson has done a great job building a competitive and talented roster in such a short time, and moves like this trade are great examples of how he has done it.

Last night the Titans traded for EDGE Reggie Gilbert who has spent his first three seasons with the Green Bay Packers.

After a year on the practice squad Gilbert had a solid preseason in 2017 and earned a spot on the active roster. He finished with 1 sack in 2017 and then after another leap forward in the 2018 season he made the roster again and had 2.