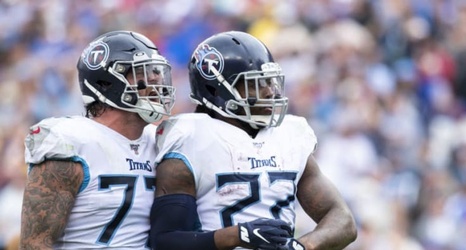 Taylor Lewan wants to see Derrick Henry stay with the Titans for a long time.

If you have ever listened to Bussin with the Boys, you know that all of Derrick Henry’s Tennessee Titans teammates think the world of him, including star offensive tackle Taylor Lewan.

Sure, they are teammates and you expect him to support each other, but it has always been very clear that Lewan is partial to Henry.