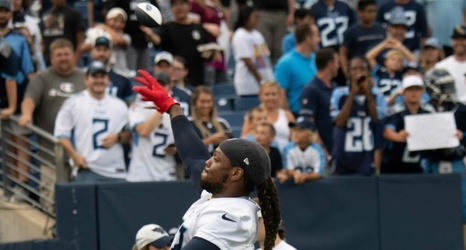 He’s the Tennessee Titans best player, the reigning NFL Offensive Player of the Year, a two-time defending NFL rushing champion, and a two-time defending rushing touchdowns leader. We can all say this with the utmost confidence. Derrick Henry is the best running back on Planet Earth.

He isn’t as shifty as former Titan Chris Johnson was (but not many people are really). He isn’t the receiver that Darrynton Evans is, but King Henry is truly special. Like Chris Johnson, aka CJ2K, Henry is also a member of the NFL’s 2,000-yard club, a group of men that have eclipsed the 2,000 yards mark.