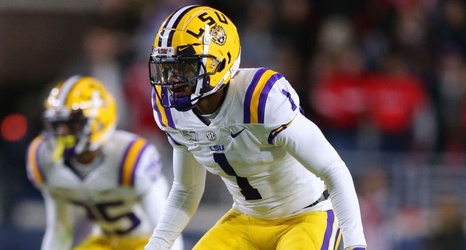 OXFORD, MISSISSIPPI - NOVEMBER 16: Kristian Fulton #1 of the LSU Tigers in action during a game against the Mississippi Rebels at Vaught-Hemingway Stadium on November 16, 2019 in Oxford, Mississippi. (Photo by Jonathan Bachman/Getty Images)

The Tennessee Titans secondary will be one of the best in the NFL in 2020.

The Tennessee Titans have had some solid pieces in their secondary for some time now. Just look at a recent timeline of the moves Jon Robinson made to bolster that position.

In the third round of the 2016 NFL Draft they selected Kevin Byard, who is now their leader and best player on defense.