Tennessee Titans rumors: 2 Reasons not to trade for Zach Ertz 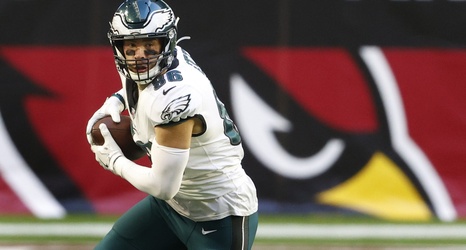 The Tennessee Titans have to weigh all sides of a potential Zach Ertz trade.

Okay, now the Tennessee Titans are just being greedy. At least that’s how it looks on the outside looking in. Heading into the offseason, guys were falling off of the roster left and right due to those cap concerns that most of us discussed last season at about this time, but Jon Robinson stayed the course, righted the ship, and here we are.

The Tennessee Titans pulled off what could be considered as a lateral move by adding Janoris “Jackrabbit” Jenkins in place of Malcolm Butler, but they clearly upgraded by, in essence, acquiring Julio Jones in place of Corey Davis.