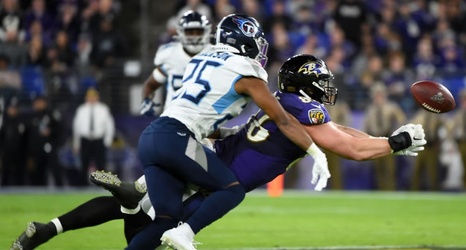 BALTIMORE, MARYLAND - JANUARY 11: Nick Boyle #86 of the Baltimore Ravens is unable to make the catch over Adoree' Jackson #25 of the Tennessee Titans during the AFC Divisional Playoff game at M&T Bank Stadium on January 11, 2020 in Baltimore, Maryland. (Photo by Will Newton/Getty Images)

Today the Tennessee Titans placed Adoree Jackson on injured reserve just hours before the first game of the season.

Despite the Titans not practicing for two days and no reports coming out that the injury was that severe, Mike Vrabel and Jon Robinson have made the decision to put the 1st round pick on injured reserve.