Tennessee Titans news: Experts disagree on whether this is a top-ten roster 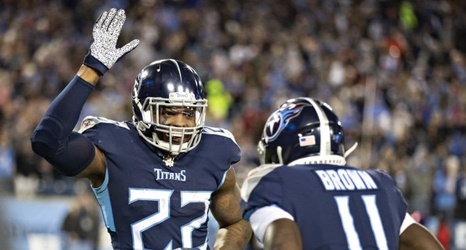 The Tennessee Titans have watched a resurgence from their quarterback Ryan Tannehill since he came over from the Miami Dolphins and took over for Marcus Mariota in 2019. They have the best running back in the world in Derrick Henry. They already had one of the game’s best young wide receivers in A.J. Brown, but then, on June 6th, they upped the ante. They upgraded their wide receiver corps by adding a future Pro Football Hall of Fame inductee in Julio Jones.