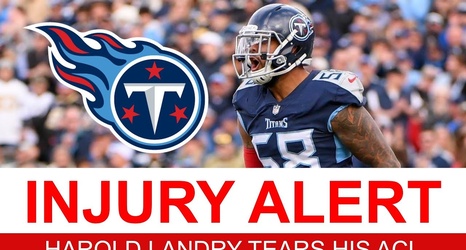 Titans news is huge with the news that Harold Landry tore his ACL during practice today. Landry, coming off of a huge extension this offseason, is now going to miss the entire season which means that Rashad Weaver will have to take up more time on the defense. Could replacements like Dont’a Hightower, Jason Pierre-Paul, Robert Quinn or Clelin Ferrell be coming to the Titans? Chat Sports host Tom Downey breaks it down in today’s video! Titans news is also focused on the news that Derrick Henry had his contract restructured today to give him a $2 MM pay raise.