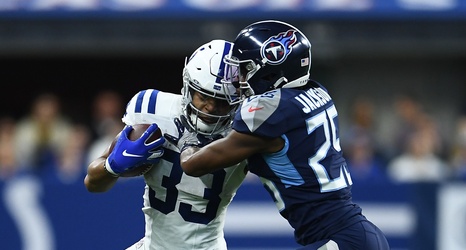 The Tennessee Titans could be going into their Week 14 matchup with the Oakland Raiders even more thin at the cornerback position than they previously were with the status of Adoree’ Jackson up in the air.

Head Coach Mike Vrabel said in his Monday press conference that there will be no update on Adoree’ Jackson‘s status until Wednesday.

Jackson suffered a knee injury in the first half of the Titans’ 31-17 victory over the Indianapolis Colts. He tried to play through it, but was eventually pulled and ruled out for the second half of the game.