Tennessee Titans may have minor offensive line concerns to address 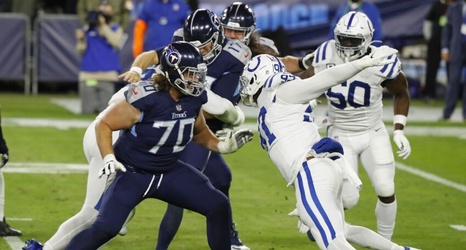 The Tennessee Titans have built an offensive line worthy of blocking for the great Derrick Henry in past years. In fact, their O-line remains one of the biggest reasons Henry continues to record monster numbers every season.

Heading into 2021, however, the Titans’ O-line has some issues that need to be fixed before the start of the regular season. For one, head coach Mike Vrabel still hasn’t named a starter at right tackle or given a timeline for doing so.

Mike Vrabel says the #Titans aren't ready to name a starter at RT.