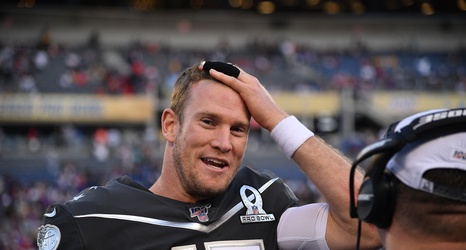 The Tennessee Titans have the cap space for about four big moves in free agency once cuts happen. Many of us think we already know what those moves are.

Based on everything that makes sense, we expect the Titans to keep Ryan Tannehill and Derrick Henry for sure. On top of that we also think that there is going to be a strong push made to keep Jack Conklin in Nashville.

That eats up three of the four potential big moves. After that, the idea seems to be to make a push for an EDGE in free agency and specifically Jadeveon Clowney.