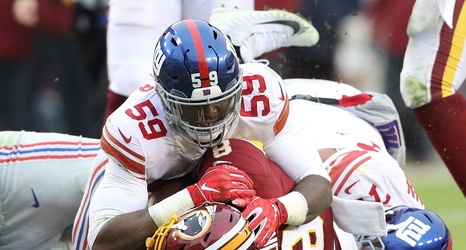 Tennessee Titans GM Jon Robinson has his work cut out for him trying to deal with Dave Gettleman of the New York Giants, but if he can make a deal there are some really nice options to upgrade the roster.

It is rare to find a team so clearly in a rebuilding year that hasn’t really admitted it to themselves. You would expect that denial to keep the Giants from making big trades, but that isn’t what we have seen so far.

Trading Odell Beckham Jr. either indicates that Gettleman didn’t like him despite his talent or that he loves the idea of collecting assets.