Tennessee Titans: How 2 AFC South rivals got weaker in 1 night 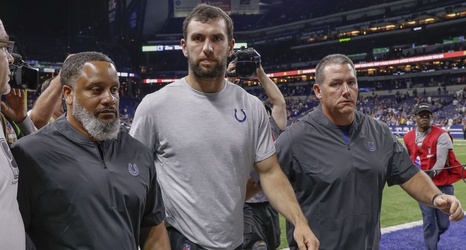 While two teams in the AFC South did not have a good night on Saturday, the Tennessee Titans were sitting pretty as two of their division rivals are all of a sudden much weaker.

The Houston Texans and Indianapolis Colts each lost a key player on offense in one night, obviously one of them being a much bigger loss than the other.

The retirement of Andrew Luck

For the Colts, it was the retirement of quarterback Andrew Luck.

The news came out of nowhere, with Luck making it clear he was worn out having to deal with injuries and playing hurt.