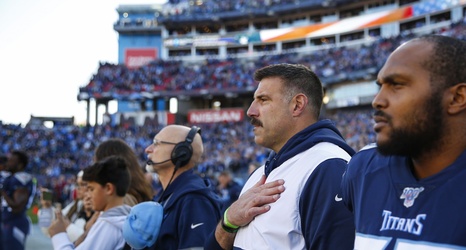 ESPN took a look at the job security of every NFL head coach at this point in the 2019 season and believes Tennessee Titans head coach Mike Vrabel is “on the cold seat”.

After the Titans started off the season 2-4 and saw Vrabel make some questionable decisions along the way, there were plenty of Titans fans out there that wanted him gone, whether it be sooner or later.

Since then, the Titans are 5-1 and Vrabel’s decision to replace Marcus Mariota with Ryan Tannehill in Week 6 (he was named the official starter in Week 7) has been nothing short of a success.