Tennessee Titans due for a big game from Corey Davis vs Indianapolis Colts? 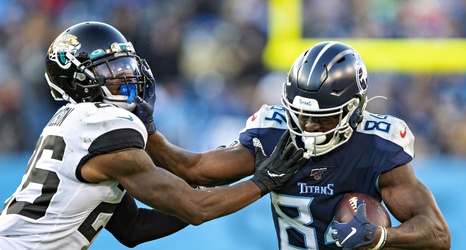 The Tennessee Titans are going into Sunday’s game against the Indianapolis Colts with legitimate expectations to win against a banged up rival.

I think there are two reasons why Titans fans could see a big game from Corey Davis this weekend, and I want to start with the third year player himself.

First of all, I think that we are due for a game where Davis gets his after doing the dirty work for so much of the season. Last week if you watch the A.J. Brown long catch and run for a TD, you may notice a defender being bounced out of the club 40 yards down the field.