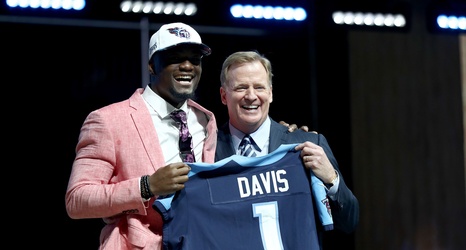 The 2017 NFL Draft was bursting at the seams with talent. Electrifying superstars like Kansas City Chiefs quarterback, Patrick Mahomes, and Carolina Panthers running back, Christian McCaffrey headlined a historical draft class. Did Tennessee Titans general manager, Jon Robinson, get it right? For two-tone blue fans, the jury is still out.

In 2018, Davis finished with 65 catches for 891 yards and four touchdowns. A definitive step-up from his rookie campaign. Jackson finished as the 27th-best corner in the league, per Pro Football Focus, with 67 tackles, two interceptions, and ten pass breakups.

And yet, even with an OK 2018 showing for both players, the clarity Titans fans long for remains seemingly unattainable.