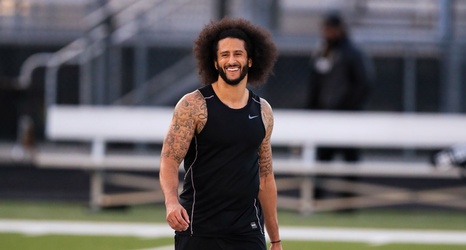 Despite a late decision to move his workout, the Tennessee Titans still made their way to free agent quarterback Colin Kaepernick’s throwing session on Saturday.

The workout, which was originally scheduled to be held at the Atlanta Falcons’ facility at 3 p.m. EST on Saturday, ended up being changed a half hour before it was set to take place. That situation is another story in and of itself that we’re not going to get into here.

Instead, the former San Francisco 49ers quarterback held the workout at 4 p.m. EST at a high school field 60 miles from the original spot, and the Titans were one of eight teams to attend the workout, per Vaughn McClure of ESPN.