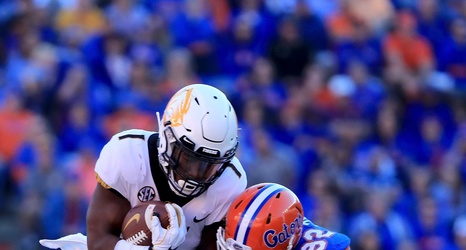 College football is back, and that means one thing: time to watch draft prospects for the Tennessee Titans.

I say that half jokingly and hopefully most Tennessee Titans fans don’t already have their eyes on the 2020 NFL Draft. However, for those of us with an unhealthy obsession with the draft and Christmas in April, allow me to start introducing some of the guys that I will start looking at in Week 0.

Now, I should say that with only one really big game on tonight (Miami vs Florida, no disrespect to Arizona vs Hawaii), it isn’t exactly a buffet of future NFL stars.