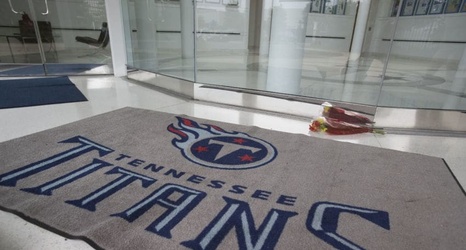 NASHVILLE, TN - JULY 6: A single bunch of flowers lies at the entrance to the Tennessee Titans offices and practice facility as team officials prepare for a press conference in reaction to the death of former Titan star quarterback Steve McNair July 6, 2009 in Nashville, Tennessee. McNair was found shot to death in a Nashville condominium on July 4th, his girlfreinds' body was also found at the scene. (Photo by Rusty Russell/Getty Images)

Potentially game-changing news for the Titans.

A few months ago the future of sports in America was put on hold and the Tennessee Titans were just 1 of 32 teams that were left in limbo.