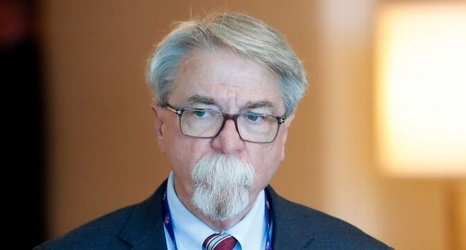 NASHVILLE, Tenn. -- Sometimes the things people are remembered for aren't their greatest accomplishments. That's the case for former Tennessee Titans president/CEO Steve Underwood. After joining the organization in 1991, Underwood retired last week from his full-time role. But when the team made the announcement, it was Underwood's facial hair that stole the show and went viral, drawing comparisons ranging from a bird's beak to the Lorax.

Memes began to appear on social media with pictures of Titans players with Underwood's thick mustache and connecting beard on their faces.

In honor of @Titans President Steve Underwood (and his incredible facial hair) retiring:

162 people are talking about this

ESPN's Dan Le Batard said it's a shame that Underwood's "facial hair that makes it look like he doesn't have lips" is just now becoming known to everyone.