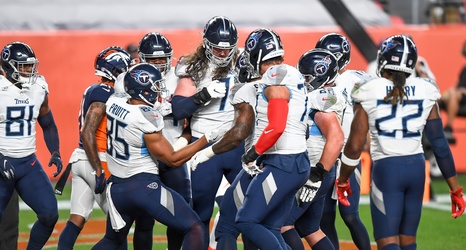 DENVER, CO - SEPTEMBER 14: Ryan Tannehill #17 of the Tennessee Titans huddles with teammates in the fourth quarter of a game against the Denver Broncos at Empower Field at Mile High on September 14, 2020 in Denver, Colorado. (Photo by Dustin Bradford/Getty Images)

Who stood out in the Titans’ 16-14 win against Denver

The Tennessee Titans won had their first game of the 2020 season in that sweet, 10 pm primetime slot, which amounted to a 16-14 win over the Denver Broncos– and brought with it two important outcomes.

One, the game marked the very first showing of live Titans football since January– and that lack of experience showed time and time again.