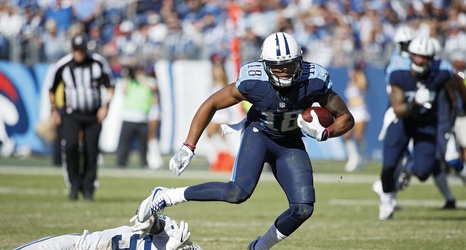 I think it’s safe to say most Tennessee Titans fans agreed that the move to trade Taywan Taylor was a smart one, but former wide receiver Rishard Matthews doesn’t agree.

Taylor was traded right before the roster cut deadline on Saturday, with the Titans sending their former third-round pick to the Cleveland Browns in exchange for a 2020 seventh-rounder.

Taylor posted his first picture in a Browns uniform on his Instagram page on Monday, and Matthews commented on it, saying the Titans are “going to regret that move.”