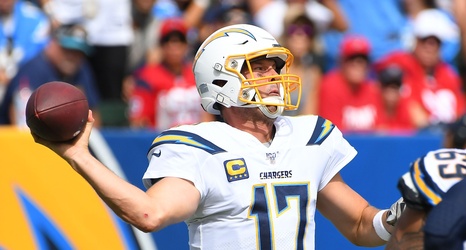 Before Philip Rivers and the Los Angeles Chargers officially parted ways recently, one of the destinations the veteran quarterback had targeted was the Tennessee Titans.

The Chargers announced on Monday that Rivers’ time with the organization was coming to an end, which will make the 38-year-old quarterback a free agent this offseason.

One potential spot some experts have talked about Rivers landing is with the Titans, and while it seems that Rivers is interested in Tennessee, NFL Network’s Ian Rapoport says the match is unlikely because of Ryan Tannehill being in the picture.