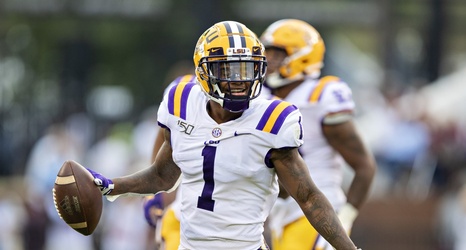 The Tennessee Titans took Isaiah Wilson with their first round pick in the 2020 NFL Draft, but that doesn’t mean that he is the rookie most likely to start.

That superlative belongs to 2nd round rookie draft pick Kristian Fulton, the cornerback from LSU.

This comes from PFF who recently broke down the starting offenses and defenses for all 32 teams and provided some commentary on their decisions.

For the Titans, Dennis Kelly was the starter at right tackle while Kristian Fulton took the CB3 spot in Tennessee’s 4-2-5 defense.