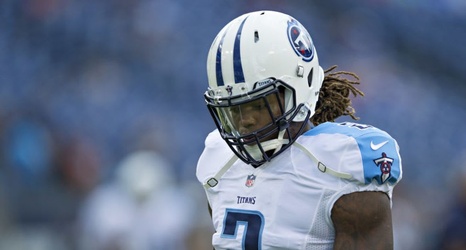 NASHVILLE, TN - AUGUST 20: Derrick Henry #2 of the Tennessee Titans warming up before a preseason game against the Carolina Panthers at Nissan Stadium on August 20, 2016 in Nashville, Tennessee. The Panthers defeated the Titans 26-16. (Photo by Wesley Hitt/Getty Images)

A new rule change may mean that it is time for Tennessee Titans star Derrick Henry to reclaim the number that he made famous at Alabama.

For decades, the NFL has forced players to pick their jersey numbers based on preset number ranges for their positions. Kansas City has reportedly submitted a proposal that would change that.