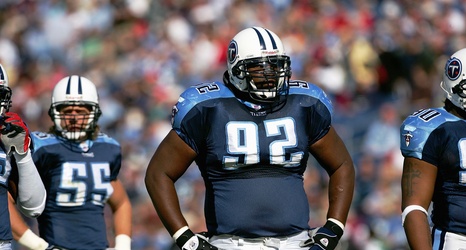 After watching Cleveland Browns defensive end Myles Garrett completely snap on Thursday night, it brought up the ugly memory of former Tennessee Titans defensive lineman Albert Haynesworth‘s stomping on the face of a Dallas Cowboys player back in 2006.

Garrett crossed the line in a big way against the Pittsburgh Steelers. During an end of regulation skirmish between he and Steelers quarterback Mason Rudolph, Garrett pulled Rudolph’s helmet off his head and proceeded to hit the quarterback over the head with it.

Thankfully for Rudolph, he was struck with the bottom part of the helmet, which is more padded than the top or sides of it.