Load the box if you want, Derrick Henry will still mow down your defense 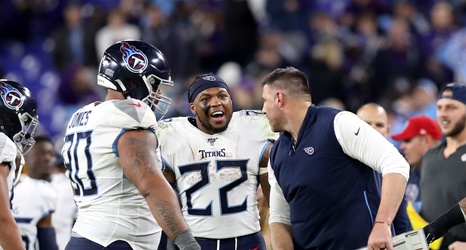 The Tennessee Titans went into last week’s game hearing about how Derrick Henry wasn’t going to be able to run over the Baltimore Ravens defense like he did in the first round of the playoffs.

Fast forward a week later and people are completely disregarding the Ravens game and talking about how the Kansas City Chiefs offense could never be held to less than 35 points after their game against Houston.

Despite the fact that the Tennessee Titans have nearly twice as many 35+ point games this season as the Kansas City Chiefs, the Chiefs offense keeps getting regarded as “better” for some reason.