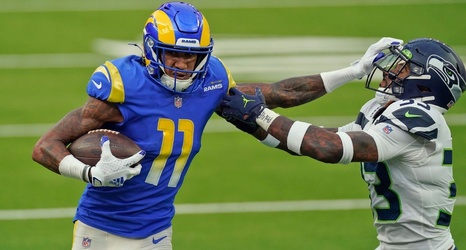 NASHVILLE, Tenn. -- The offense was the strength of the Tennessee Titans last season, averaging 396.4 yards per game (tied for second) and scoring at a clip of 30.7 points per contest (fourth). But they lost some key pieces in free agency, including wide receiver Corey Davis, the No. 5 overall pick in the 2017 draft.

Davis finished last season with 65 receptions for 984 yards and five touchdowns in 14 games. That's a lot of production to take out of the lineup. Davis' departure -- along with tight end Jonnu Smith leaving in free agency and the release of slot receiver Adam Humphries -- created a void on Tennessee's roster.