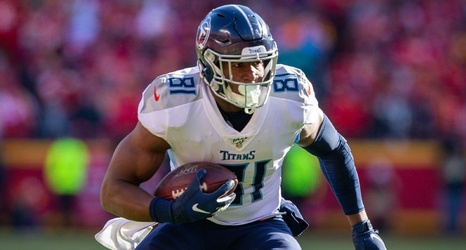 NASHVILLE, Tenn. -- The 2020 season is an opportunity for Tennessee Titans tight end Jonnu Smith to take a big step forward. Unlike in past years, the fourth-year tight end entered the offseason without having to rehab from injury. Instead, Smith has spent the offseason focused solely on taking on an integral role in the offense.

Smith, drafted in the third round of the 2017 draft, is playing on the final year of his rookie contract. Any talk of a new contract or an extension is something he leaves for his agents to worry about.