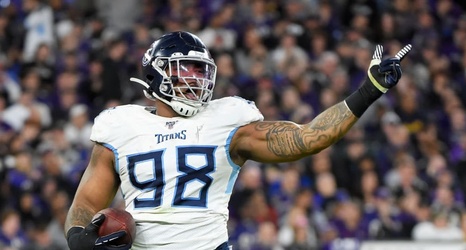 BALTIMORE, MARYLAND - JANUARY 11: Jeffery Simmons #98 of the Tennessee Titans celebrates after a fumble by Lamar Jackson #8 of the Baltimore Ravens during the AFC Divisional Playoff game at M&T Bank Stadium on January 11, 2020 in Baltimore, Maryland. (Photo by Will Newton/Getty Images)

Jim Wyatt has been covering the Tennessee Titans for as long as I can remember reading about sports and taking note of who the best writers were.

Right now he works directly for the franchise and he does a Q & A mailbag twice a week where he goes through and answers fan questions from the smallest thing to big sweeping questions about the direction of the franchise.